Festivities may be over for 2021, but don’t panic - we’ve got a whole year of excitement ahead of us with some of the hottest shows coming to town.

We'd say it's possibly the best way to spend your Christmas coin!

He was already soaring before Gang Signs and Prayer hit the airwaves and the streaming services, but the stellar success of that LP -  as its name suggests, a vivid and thrilling journey through soul, gospel and grime - elevated him to an entirely new level of fame. The boy from Croydon, born to Ghanaian parents, is now a chart-topping artist with awards galore: one Ivor Novello, two Brits, and six MOBO Awards

With 4.5 million single sales and 290 million single streams in the last year alone – this is the most talked about return to music in decades! So whats keeping you? Book your tickets now! 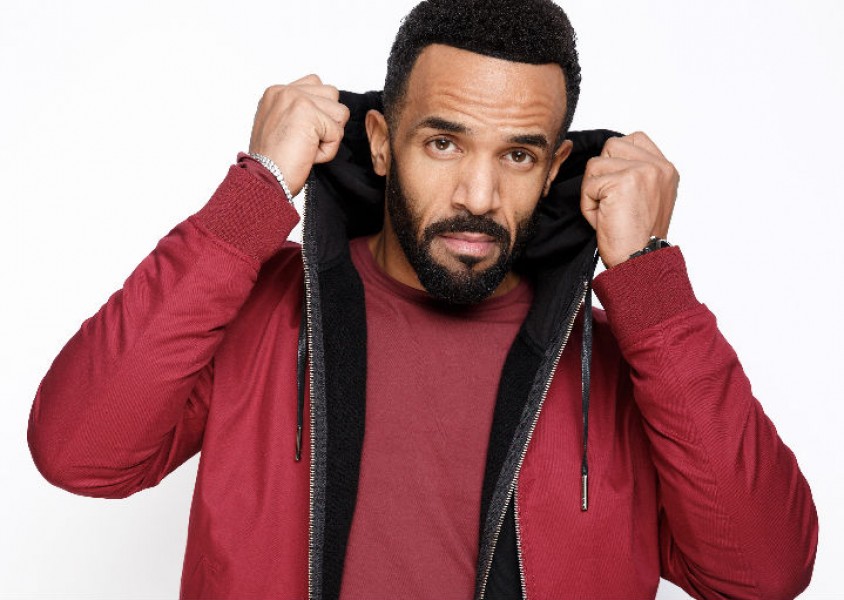 Elliot John Gleave, better known by his stage name Example, is an English musician, singer, songwriter, rapper and record producer. His name arose due to his initials being E.G., which is an abbreviation of the Latin phrase exempli gratia

Skunk Anansie were born radical and have stayed that way ever since. It’s there in their music, which slips effortlessly between the confrontational and the tender, the politically charged and the nakedly emotional, the upfront and attention-grabbing and the quiet and restrained. But it’s there in the band’s essence too – in the blend of influences, cultures and personalities they have so successfully brought together

Over the course of their remarkable career, Barenaked Ladies have sold over 15 million albums, written multiple top 20 hits (including radio staples “One Week,” “Pinch Me,” “If I Had $1,000,000”), garnered 2 GRAMMY nominations, won 8 JUNO Awards, had Ben & Jerry’s name an ice cream after them (“If I Had 1,000,000 Flavours”), participated in the first-ever “space-to-earth musical collaboration” with astronaut Chris Hadfield, and garnered an international fan base whose members number in the millions. In 2018, the band were inducted into the Canadian Music Hall of Fame and Toronto Mayor John Tory declared October 1st “Barenaked Ladies Day.” 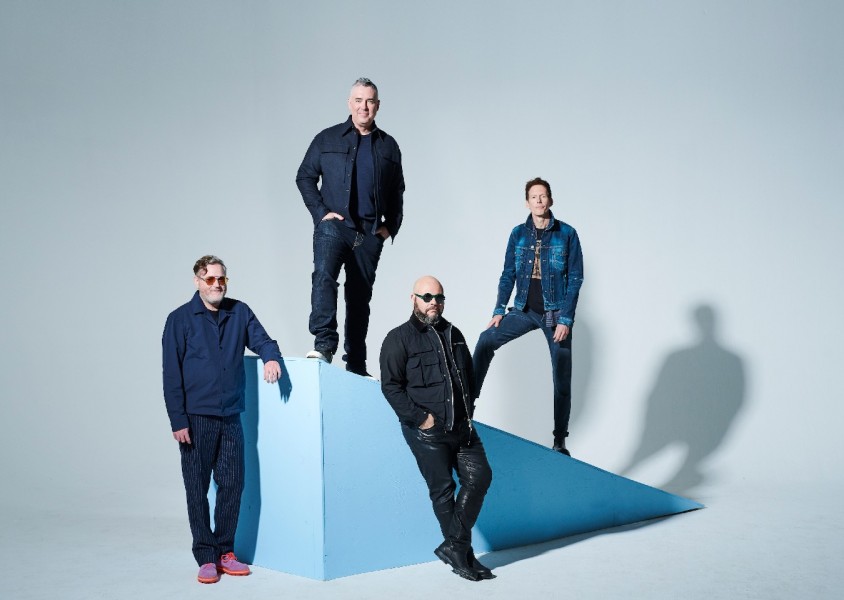 On his new single “Close To You”, Dayglow embraces an elevated sonic maturity without sacrificing any of the enthusiasm and energy that made his first album, Fuzzybrain, a runaway hit. Now 22 years old, Sloan Struble remains the sole creative element of the project - writing, performing, producing, and even mixing the song on his own from his home in Austin, TX

Hailing from London and born to Kosovar-Albanian parents, British vocalist and songwriter Dua Lipa is the biggest new force in pop - and she's in Glasgow on the 24th of April, so make sure to get your tickets before they sell out!

Inspired by the Wim Wenders classic ‘Paris, Texas’ , the band were formed in Glasgow, Scotland in 1987 by singer Sharleen Spiteri and bassist Johnny McElhone and had a global hit with their debut single, “ I Don’t Want A Lover’ in 1989, drawn from the critically acclaimed record, Southside. To date, the band have sold over 40 million albums. Hi is the 10th album from the band and is released on May 28th 2021 which includes the singles "Hi" (feat Wu Tang Clan) and "Mr Haze."

Confidence Man are unarguably one of the hottest acts on the planet right now. A portable party that’s levelled dance floors and flattened festival crowds as it’s rolled out across the world, their performances are custom designed to make you dance and lose your cool

Celebrating 15 glorious years of Inside In / Inside Out, The Kooks hit the road to perform their iconic debut studio album in its entirety, alongside other career-spanning tracks! The quadruple-platinum-selling album boasts hits including BRIT Award nominated “She Moves in Her Own Way”, “You Don’t Love Me” and the band’s Top 5 single, “Naïve”

Monday's gig has already sold out, so get your tickets NOW for The Kook's Tuesday show!

The four-piece has been experimenting and augmenting the Bastille sound since the release of their last album Doom Days in 2019, the conclusion of an unofficial trilogy. Last year, they released the Goosebumps EP, featuring Graham Coxon on “WHAT YOU GONNA DO???” and producer Kenny Beats on the title track, as they continued to pen songs that seek to understand and offer escape from the modern human condition

Night one has already sold out with limited tickets left for night two, so act fast if to see Bastille in Glasgow! 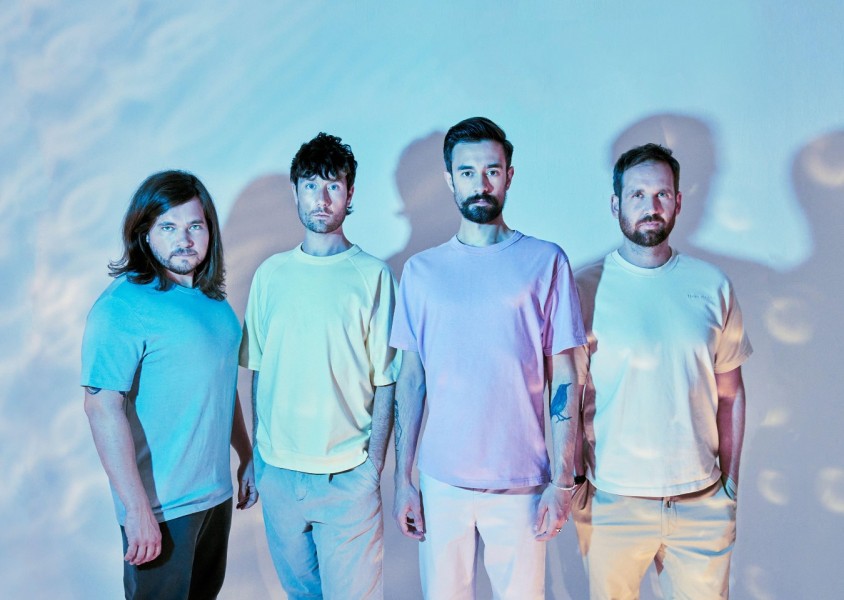 Born in the U.S. but raised in the U.K., soulful R&B vocalist Celeste Waite channels influences such as Aretha Franklin and Billie Holiday to craft languid, jazzy numbers that are elevated by her powerful voice and poetic lyrics. Emerging in the late 2010s, she issued her first official short-player, The Milk & The Honey, before signing with the majors for her follow-up, 2019's Lately. Debut album Not Your Muse was released in January 2021

Charli XCX is an iconic figure in the arts, having helped expand the landscape of popular music over the last decade by seamlessly traversing the underground and the mainstream with her artistic output. Charli’s innovative approach has opened up new possibilities within the pop sphere for both her own career and those of the rising artists she has supported over the years

David Orobosa Omoregie (born 5 June 1998), known professionally as Dave or Santan Dave, is a British rapper, singer, songwriter, record producer and actor. Dave has gained acclaim for his socially conscious lyricism and wordplay, and is among the most recognised British rappers 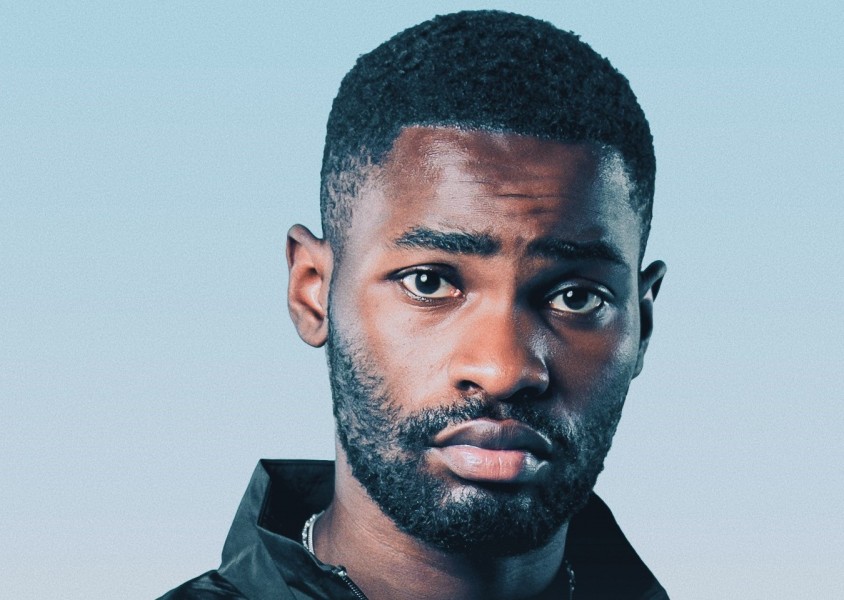 Bradford’s BBCC are MCs Kane, GK and Clive. Deeply influenced by the ‘bassline house’ clubbing heritage they grew up around in the North of England as well as emergent UK and US rap. The boys’ have created something of their own new sound, lacing pacey 4×4 bass-quakes with a frantic lyrical fire that veers from infectious ear-worm hooks to wry observational punchlines. Think The Streets meet T2’s ‘Heartbroken’. Embracing the term ‘charva’ as a way-of-life, together they channel the nuances and absurdities of northern street life into hugely addictive tunes